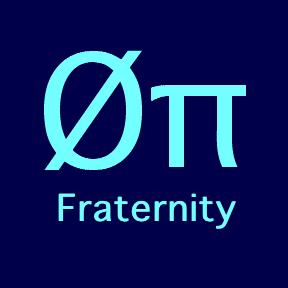 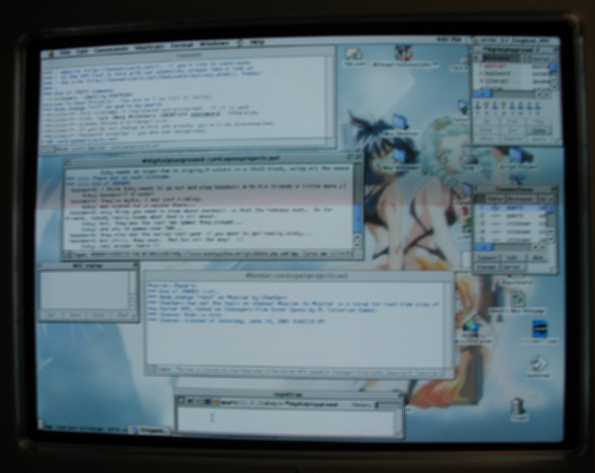 Our members follow the ideals of the Theta Pi Fraternity International: respect for the power of computers, devotion to moderately-priced decent-quality takeout, lifelong collaboration, responsible use of the computerized assets of others, impeccable moral conduct as long as the RIAA or MPAA isn't involved, and a strong commitment to the greater internet community in general.

So you're a fraternity, huh?

Yup, that we are.

What kind of fraternity?

Well, we're not exactly the kind of frat that gets its kicks drinking vast quantities of fermented beverages, making sexually explicit comments about females, or stealing rare koi fish from university ponds and frying them up for pledges. We're more, you know... the kind that has LAN parties, runs free software on an XBox just to piss Bill Gates off, thinks CVS is the greatest thing since sliced bread - the kind of fraternity that does the webpages for other fraternities because, frankly, most of those other fraternity members are too drunk/stoned/busy actually getting laid to bother with that computer stuff.

So you're more of a... service fraternity?

Well, no, we're more what you'd call a slack-off-video-game-crazed-techno-scripting-L337-insane-and-caffienated fraternity. Either that, or a bunch of very desperate guys who thought that calling themselves a fraternity might actually get them some chicks.

Assuming that last statement wasn't meant to be sarcastic, Theta Pi has a virtual rush week every Fall quarter on the picturesque UCSC campus, which usually goes something like this:

Do you have a fraternity house?

Not really, since UCSC doesn't allow houses on campus, and rent in SC is just too darn expensive. However, like The Armory, we have our own secret internet community.

What are your major events?

Aside from rush week, we do various things throughout the year, including an insane amount of LAN parties featuring everything from crowd-pleasers like Counterstrike and Unreal Tournament to good old-fashioned fare like the original Bolo. We also do some volunteering to help local nonprofits set up their technology services. In addition, our members can often be found lurking in various cave-like computer labs in and around the Baskin Engineering building, where they stand ready to help and/or poke fun at students in the lower-division computing courses. Are you actually a fraternity?

No, but it was the only joke page that I could think of on short notice - especially since I've been getting so many emails from people wanting to join the Theta Pi fraternity! Anyway, at least it's not more AYBABTU stuff. I'll make this look like an actual webpage when I have time.

Apologies to Beta Theta Pi, whose mission statement is slightly parodied on this site.